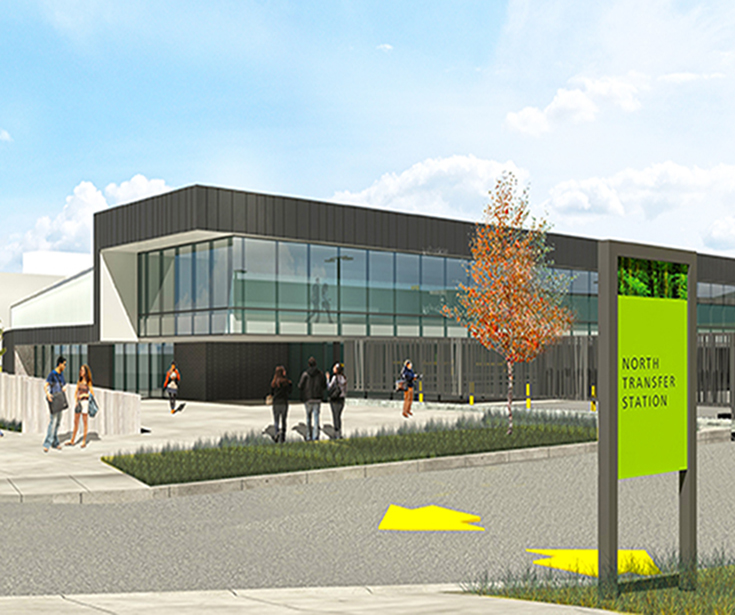 The North Transfer Station is an $80M project which is part of the Seattle Solid Waste Facilities Master Plan. The project targeted the critical need for upgrades or replacement of existing transfer stations that operate more efficiently. The current phase included demolition and new construction of SPU’s Old North Transfer Station, with project completion and re-opening for operation in the summer of 2016.